DUBAI, UAE, 10 May 2016 - The Emirates Group today announced its 28th consecutive year of profit and steady business expansion, ending the year with record profits, and in a strong position despite the global and operational challenges during this period.

During the 2015-16 financial year, both Emirates and dnata achieved new capacity and profit milestones, as the Group continued to expand its global footprint, and strengthen its business through strategic investments.

His Highness (H.H.) Sheikh Ahmed bin Saeed Al Maktoum, Chairman and Chief Executive, Emirates Airline and Group, said: “Emirates and dnata delivered record profits, solid business results, and continued to grow throughout 2015-16. Against an unfavourable currency situation which eroded our revenues and profits, an uncertain global economic environment dogged by weak consumer and investor sentiment, as well as ongoing socio-political instability in many regions around the world, the Group’s performance is testament to the success of our business model and strategies.”

“Our ongoing investments to develop our people and to our enhance business performance, enable us to react with agility to the new challenges and opportunities that every year brings. In 2015-16, the Group collectively invested over AED 17.3 billion (US$ 4.7 billion) in new aircraft and equipment, the acquisition of companies, modern facilities, the latest technologies, and staff initiatives. These will build on our strong foundations, extend our competitive edge, and accelerate our progress towards our long-term goals.”

The Group’s employee base across its more than 80 subsidiaries and companies increased by 13% to over 95,000-strong representing over 160 different nationalities.

“Looking at the year ahead, we expect that the low oil prices will continue to be a double-edged sword – a boon for our operating costs, but a bane for global business and consumer confidence. The strong US dollar against major currencies will remain a challenge, as will the looming threat of protectionism in some countries. However, we enter the new financial year with confidence, backed by a robust balance sheet, solid track record, diverse global portfolio, and international talent pool. We will continue to evolve and grow our business profitably, and work even harder to meet and exceed our customers’ expectations,” said Sheikh Ahmed.

In line with the overall profit, the Group declared a dividend of AED 2.5 billion (US$ 681 million) to the Investment Corporation of Dubai.

Emirates’ total passenger and cargo capacity crossed the 56 billion mark, to 56.4 billion ATKMs at the end of 2015-16, cementing its position as the world’s largest international airline. The airline increased capacity during the year by 5.5 billion Available Tonne Kilometres (ATKMs), or 11% over 2014-15.

Emirates received 29 new aircraft, its highest number during a financial year, including 16 A380s, 12 Boeing 777-300ERs and one Boeing 777F, bringing its total fleet count to 251 at the end of March. At the same time nine aircraft were phased out, taking the average fleet age down to 74 months or approximately half the industry average of 140 months. The airline remains the world’s largest operator of the Boeing 777 and A380 – both aircraft being amongst the most modern and efficient wide-bodied jets in the sky today.

With significant currency devaluations against the US dollar and fare adjustments following the reduction in fuel prices, Emirates revenue dropped 4% to AED 85 billion (US$ 23.2 billion).

However, total operating costs decreased by 8% over the 2014-15 financial year. The average price of jet fuel fell during the financial year, supporting Emirates’ bottom line improvement. The airline’s fuel bill decreased by 31% over last year to AED 19.7 billion (US$ 5.4 billion). Fuel is now 26% of operating costs, compared to 35% in 2014-15, but it remained the biggest cost component for the airline.

The airline successfully managed increased competitive pressure across all markets to record a profit of AED 7.1 billion (US$ 1.9 billion), an increase of 56% over last year’s results, and a healthy profit margin of 8.4%, the strongest margin since 2010-11.

Carrying a record 51.9 million passengers (up 8%), Emirates crossed the 50 million passenger milestone, and achieved a Passenger Seat Factor of 76.5%. The decline in passenger seat factor compared to last year’s 79.6%, is relative to the strong 13% increase in seat capacity by Available Seat Kilometres (ASKMs), and also in part due to lingering economic uncertainty and strong competition in many markets.

Overall passenger traffic growth continues to demonstrate the consumer desire to fly on Emirates’ state-of-the-art aircraft, and via efficient routings through its Dubai hub. Premium and overall seat factor for Emirates’ flagship A380 aircraft outperformed the network, underscoring the popularity of Emirates’ premium and A380 product amongst passengers. At 31 March 2016, Emirates had 75 A380 aircraft in its fleet, serving one out of every four destinations on its passenger network.

Under pressure from the weakening of all major currencies against the USD, passenger yield dropped to 26.7 fils (7.3 US cents) per Revenue Passenger Kilometre (RPKM).

To fund its fleet growth, Emirates raised a record of AED 26.9 billion (US$ 7.3 billion), using a variety of financing structures.

Financing highlights include Emirates entering into a unique hybrid operating lease structure put together by combining German banks and institutional investors with Islamic debt in Murahaba format to fund an A380 aircraft.

In Asia, Emirates continued to tap on the Japanese market for the Japanese Operating Lease (JOL) structure, and Japanese Operating Lease with a Call Option (JOLCO) on  A380 and Boeing 777-300ER aircraft delivered during the year. Emirates also closed the first ever operating lease on an A380 financed entirely by the Korean institutional market through private placements with a group of non-bank financial institutions.

These deals align with Emirates’ strategy to seek diverse financing sources, and underscore its sound financials and the strong investor confidence in the airline’s business model.

Emirates closed the financial year with a healthy and new record of AED 14.1 billion (US$ 3.8 billion) cash flow from operating activities.

In line with its customer-focused proposition, Emirates invested over AED 80 million (US$ 21.9 million) last year to install and operate inflight connectivity across its fleet, which is now 70% Wi-Fi enabled. The airline also launched revamped amenity kits for First and Business class customers, a new range of children’s toys and activity packs onboard, unveiled an enhanced fully-flat Business class seat for its 777-300ER fleet, and launched its two-class configured A380 featuring the largest personal inflight entertainment screens in Economy Class. Emirates also opened new dedicated airport lounges in Tokyo Narita and Cape Town, taking the number of dedicated Emirates Lounges across the world to 39, having invested more than US$ 352 million in its lounge programme since inception.

For 2016-17, Emirates has announced new routes to Yinchuan and Zhengzhou in China, Yangon in Myanmar and Hanoi in Vietnam, aside from capacity upgrades to existing destinations.

Emirates SkyCargo continues to play an integral role in the company’s expanding operations, contributing 14% of the airline’s total transport revenue.

Emirates’ cargo division reported a revenue of AED 11.1 billion (US$ 3.0 billion), a decline of 9% over last year, while tonnage increased by 6% to reach 2.5 million tonnes in an airfreight market that remained challenging with fast-changing demand patterns. This year, freight yield per Freight Tonne Kilometre (FTKM) decreased sharply by 16%, and was also impacted by the weakening of major currencies.

Emirates’ hotels recorded revenue of AED 700 million (US$ 191 million), an increase of 1% over last year.

In its 57 years of operation, 2015-16 has been dnata’s most profitable yet, crossing AED 1 billion (US$ 287 million) profit for the first time. Building on its strong results in the previous year, dnata's revenue grew to AED 10.6 billion (US$ 2.9 billion). dnata’s international business now accounts for more than 64% of its revenue.

This substantial revenue increase of 16% was achieved through organic growth, and bolstered by the first full year of Stella Group operations which dnata Travel acquired in October 2014 of the previous financial year, and airport operations in Australia which dnata fully acquired from its 50% joint venture partner Toll in March 2015.

Building on last year’s record levels of investment, dnata continued to lay the foundations for future growth by investing AED 585 million (US$ 159 million) into developing its people, facilities, technology and new acquisitions.

Highlights during the 2015-16 financial year include the acquisition of new international businesses: Aviapartner’s cargo business at Amsterdam Airport Schiphol; Ground Handling SPA in two airports in Milan; and RM Ground Services in Brazil, extending dnata’s global footprint to the Americas for the first time.

Revenue from dnata’s UAE Airport Operations, including aircraft and cargo handling increased by 13% to reach AED 2.9 billion (US$ 777 million). The strong revenue rise accounts for the effect of the 80-day runway closure at Dubai International airport (DXB) which dampened revenue growth in the previous year.

In line with revenue growth, the number of aircraft handled by dnata in the UAE increased 12% to 211,000, whereas Cargo handling dropped by 6% to 689,000 tonnes reflecting the cargo industry’s ongoing malaise. Dubai World Central now accounts for 24% of dnata’s cargo handling activities in Dubai. During the year, dnata began operations at DXB’s new concourse D, with 3,000 staff trained to help customers transition to the new facilities.

dnata’s International Airport Operations division grew revenue substantially by 32% to AED 2.1 billion (US$ 571 million), on account of increasing business volumes and newly acquired businesses in the Netherlands and Brazil. The number of aircraft handled increased significantly by 63% to 178,000, and Cargo noted a substantial growth of 46% to 1.4 million tonnes of handled goods. These results speak to the benefits reaped from the previous years’ investments in new international cargo handling facilities particularly in the UK.

dnata’s Catering business accounted for AED 1.9 billion (US$ 514 million) of its total revenue, down 7% and mainly on account of a significant weakening of major currencies against the US dollar. The inflight catering business uplifted more than 57 million meals during the year, a marginal decline of 1% on account of lower volumes in Italy.

Revenue from dnata’s Travel Services division has seen a strong rise of 34% to reach AED 3.3 billion (US$ 901 million) and it now represents the largest business segment in dnata by revenue contribution. This is mainly attributed to business growth in the UK through the full year impact of Stella Group acquired October 2014, and the integration of the Group’s Destination & Leisure Management activities in Dubai, and travel distribution unit Emquest. The underlying total transaction value (TTV) of travel services sold substantially increased by 20% to AED 11.7 billion (US$ 3.2 billion).

In 2015-16, dnata’s operating costs increased accordingly by 17% to AED 9.6 billion (US$ 2.6 billion), reflecting the impact of integrating the newly acquired companies mainly across its international airport operations and travel businesses.

dnata’s cash balance is at a record high of AED 3.5 billion (US$ 944 million), having significantly grown over last year with its new acquisitions. The business delivered an AED 1.4 billion (US$ 379 million) cash flow from operating activities in 2015-16, which is an increase of 31% from last year and also a new company record.

dnata’s employee strength increased to over 34,000, a 24% growth which includes employees from its newly acquired companies. With the business’ growing international footprint, dnata’s staff ratio based in UAE has dropped to 48%.

The full 2015-16 Annual Report of the Emirates Group – comprising Emirates, dnata and their subsidiaries – is available at: www.theemiratesgroup.com/annualreport

US$ figures are converted at 1US$ = 3.67AED and are based on the full AED figures before rounding. 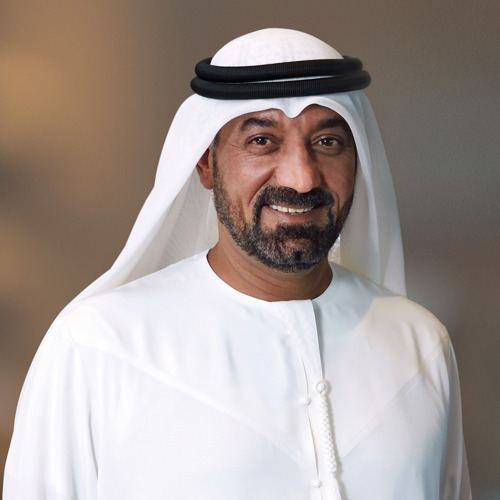 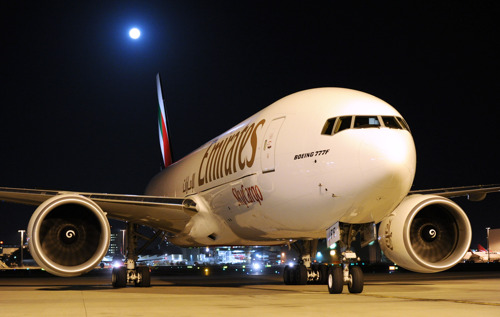 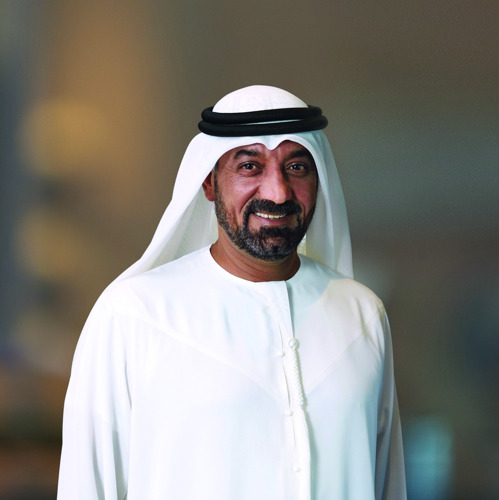